By Keith Griffith For Dailymail.com

Even after rents in San Francisco and New York City plunged sharply during the pandemic, the two cities remain the most expensive places to rent an apartment in the nation.

The median rent for a one bedroom apartment in New York City was $2,410 in January, down 2.4 percent from a month ago and 19.7 percent from January 2020, according to new data from Zumper.

In San Francisco, the median rent was $2,660 for January, down 24 percent from a year ago — but still the highest in the nation.

Rental prices in major cities plunged last year as residents fled the pandemic and soaring crime, and as remote working policies led many to reconsider the need to live in megacities. 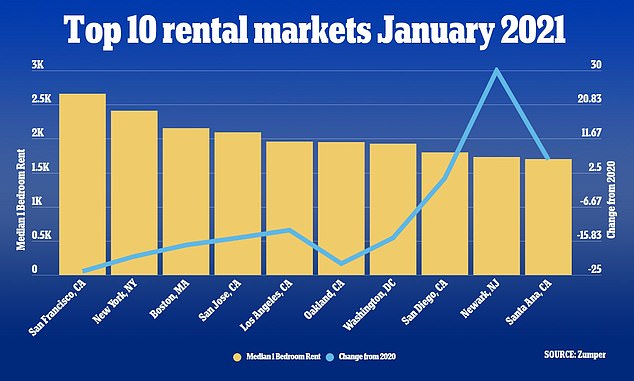 Even after rents in San Francisco and New York City plunged sharply during the pandemic, the two cities remain the most expensive places to rent an apartment 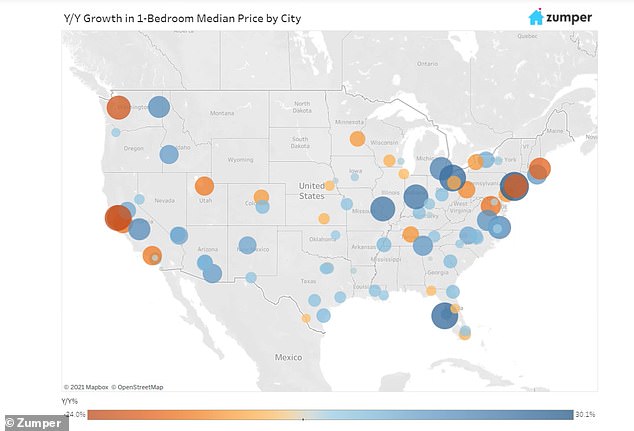 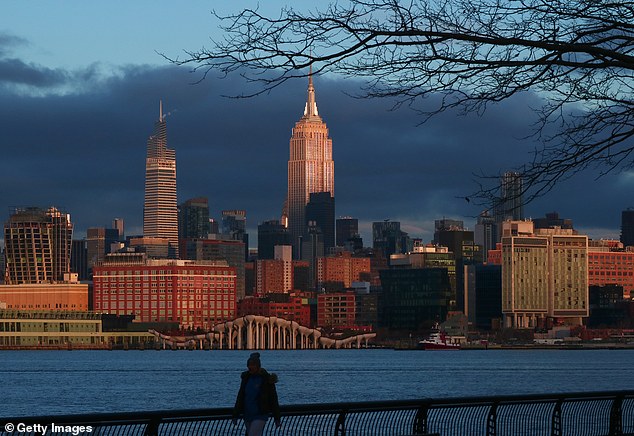 But in the top rental markets, prices were so disproportionate to the rest of the country that even steep declines have not wiped out the differences.

‘The price difference between this list from a year ago and the current one is astounding, and speaks to just how far prices have dropped in these expensive markets,’ wrote Zumper analyst Neil Gerstein.

‘Despite massive price drops in the country’s most expensive rental markets in 2020, the list of the 10 most expensive markets remained roughly the same,’ he added.

‘This is largely due to just how much more expensive these rental markets were than the rest of the country.’ 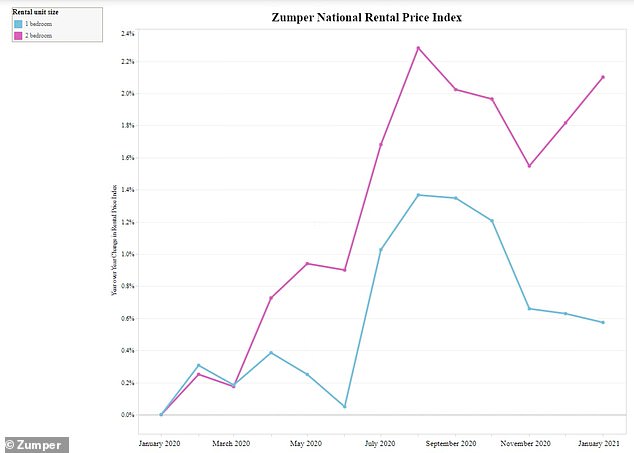 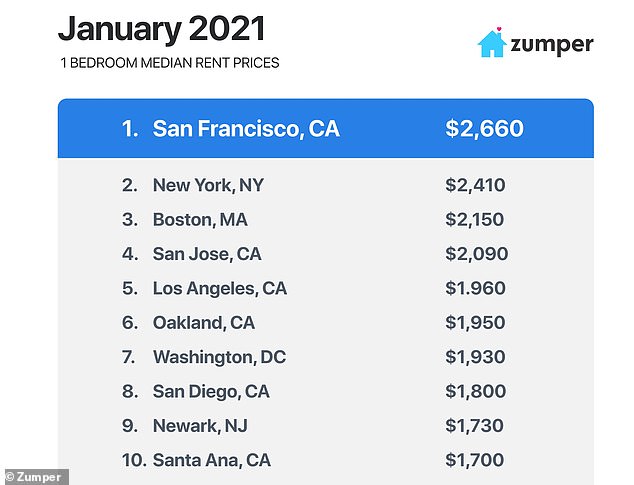 In January, Richmond, Virginia saw one-bedroom median rent increase the most from the month prior, up 8.3 percent to $1.300. Richmond ranked as the 28th most expensive rental market.

Newark and Colorado Springs tied for second highest monthly growth rate for one-bedroom median rent, with both markets up 8.1 percent.

Meanwhile, Raleigh, North Carolina had the largest decrease in one-bedroom median rent from the prior month, dropping at 5.4 percent to $1,050. Nearby Durham suffered the third-largest drop, down 5.2 percent.

It’s unclear how far prices in coastal megacities can continue to drop, before they begin to attract new renters to return.