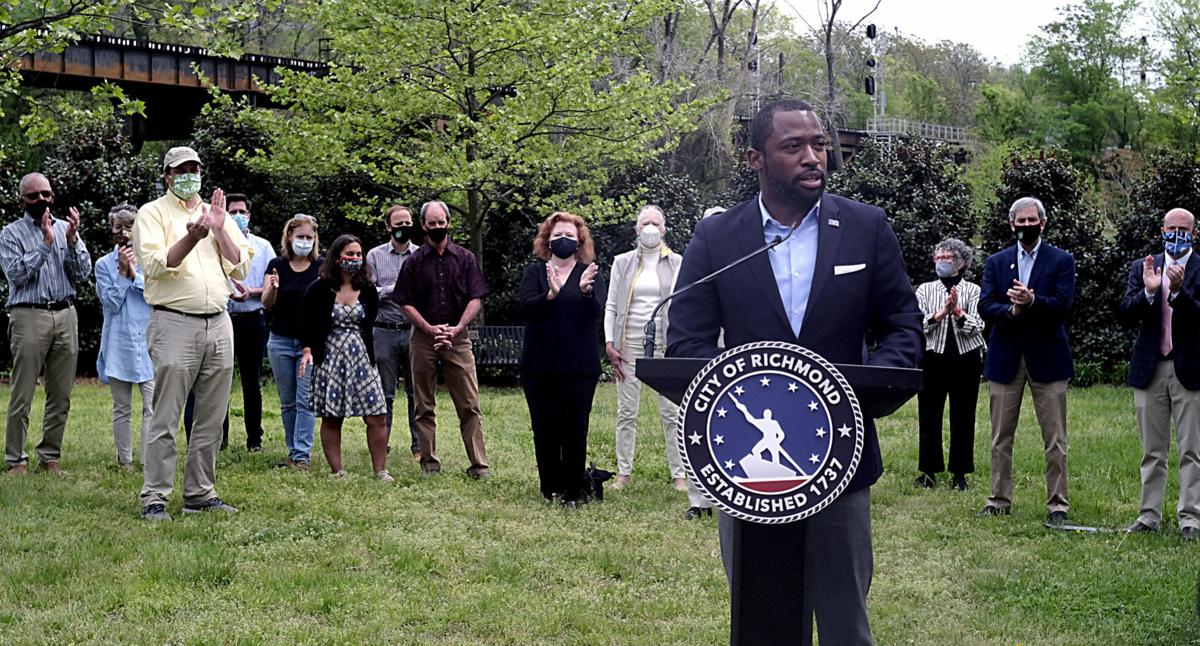 Richmond Mayor Levar Stoney spoke Thursday during a news conference announcing the 5-acre gift. Representatives of conservation and civic groups stood behind him.

This property along Dock Street in downtown Richmond will be gifted to the city to expand public access to the James River and preserve the view from Libby Hill Park. 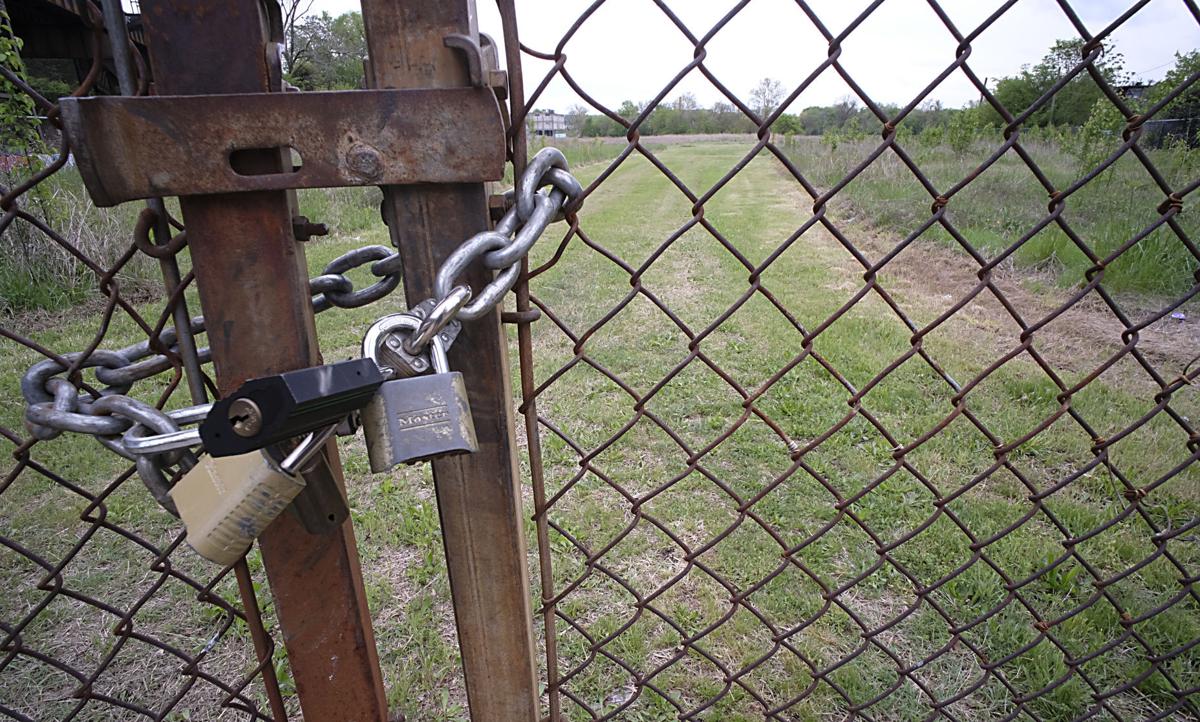 Multiple padlocks secure a gate around the property that will be preserved and turned into public riverfront space and the end/beginning of the Virginia Capital Trail along Dock St. as announced by Richmond Mayor Levar Stoney at a press conference Thursday, April 15, 2021 at Great Shiplock Park in Richmond, VA Thursday, April 15, 2021. 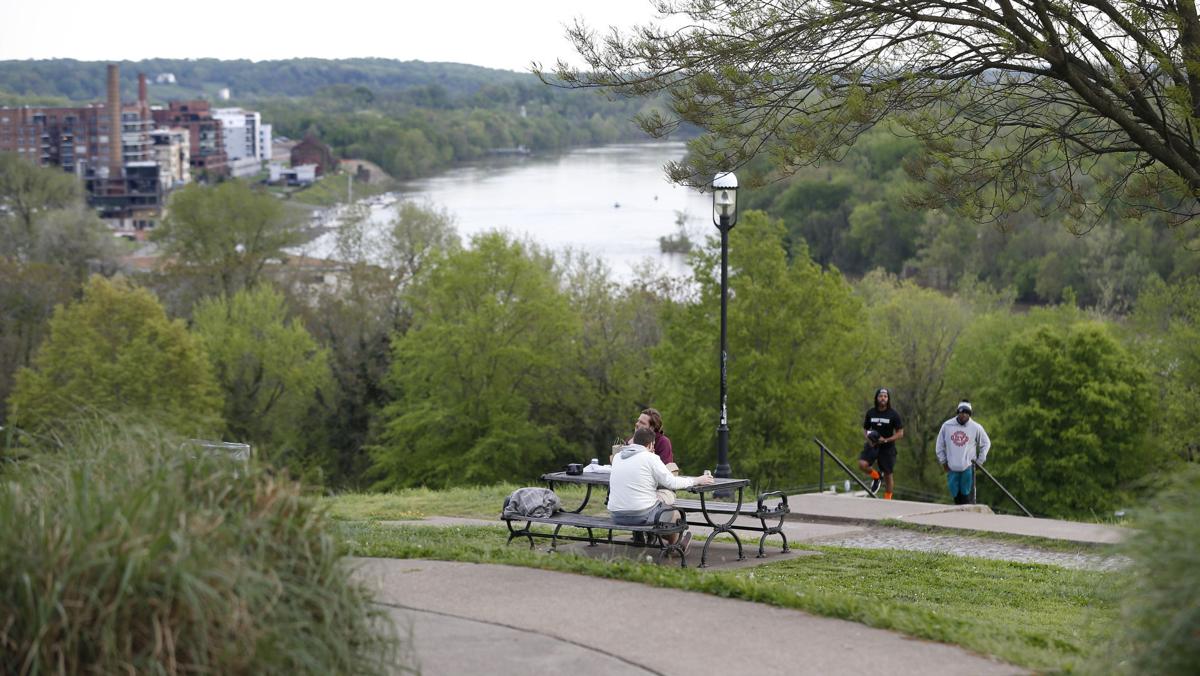 People visited Libby Hill Park in Richmond on Thursday. The Capital Region Land Conservancy is acquiring 5 acres of land below the park to give to Richmond so the view that inspired the city’s name will remain intact.

The property’s current owners had pitched different development plans for the property in recent years, including a mixed-use project called Echo Harbor. The pending land deal announced Thursday, officials said, would prohibit any such development.

“Today we are taking what had been private land, what had been a major part of … what built this city, and we’re giving it to the people,” said Parker Agelasto, the land conservancy’s executive director and a former 5th District City Council representative. “We are going to present this as a gift to the citizens of Richmond, one that I think many have been asking for.”

Officials said the sale of the property at 3011 and 3021 Dock St. will allow the city to connect Great Shiplock Park to a 1.5-acre property the city bought for $2 million in 2012, further expanding public access to the river and preserving views of it from Libby Hill Park.

The view from the hill inspired the area’s Colonial-era founders to name the city after Richmond-Upon-Thames in England, said Scenic Virginia Executive Director Leighton Powell, one of the project’s supporters.