A Salt Lake City developer wants to convert the 196-unit Cadence, 350 E. Congress St., into 256 luxury apartments with ground-floor retail and a rooftop bar or restaurant. 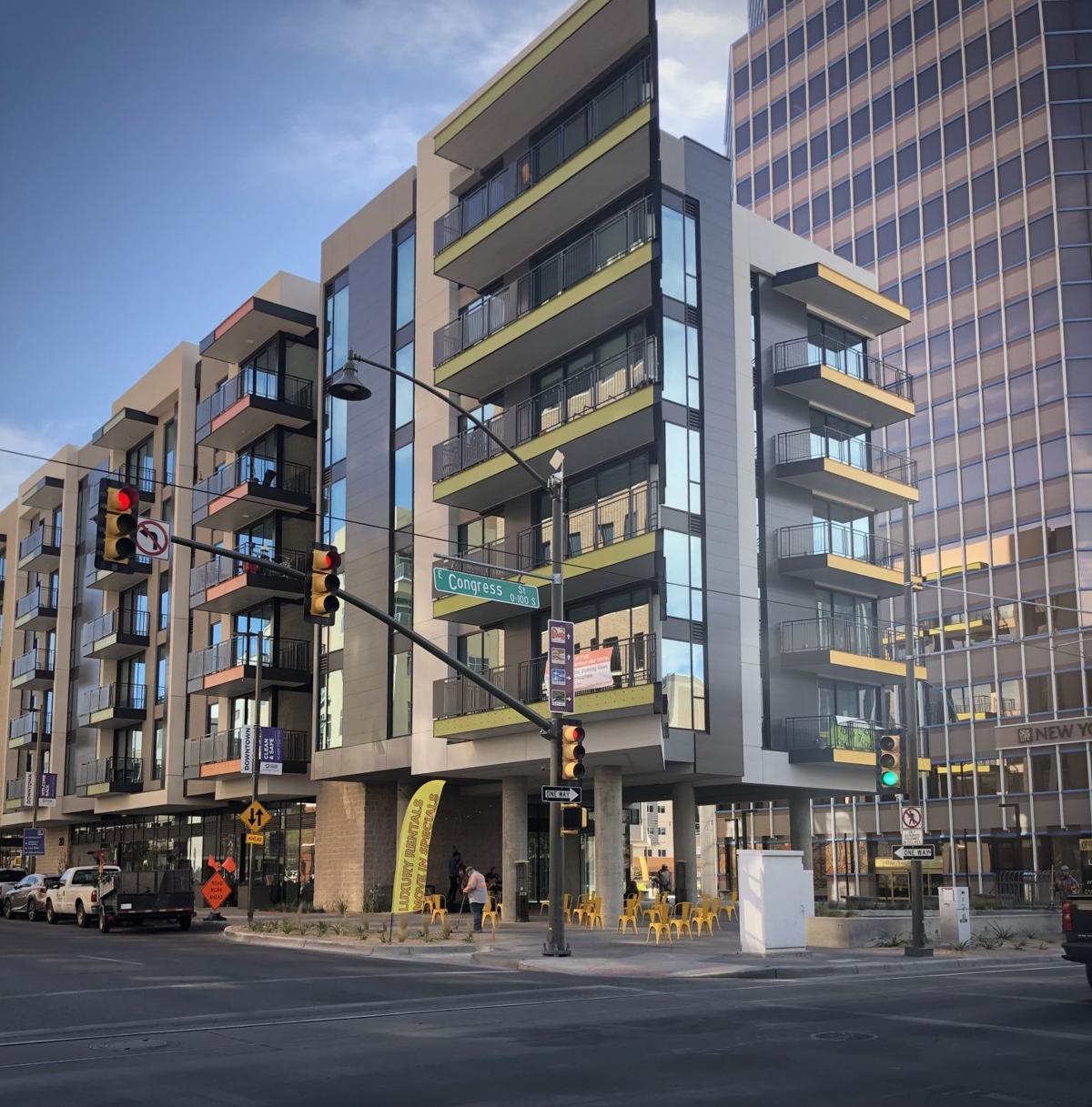 Units at RendezVous Urban Flats are a mix of studios and one- and two-bedroom models. The 100-unit complex is commanding rents of $2,000 to more than $4,000 a month. 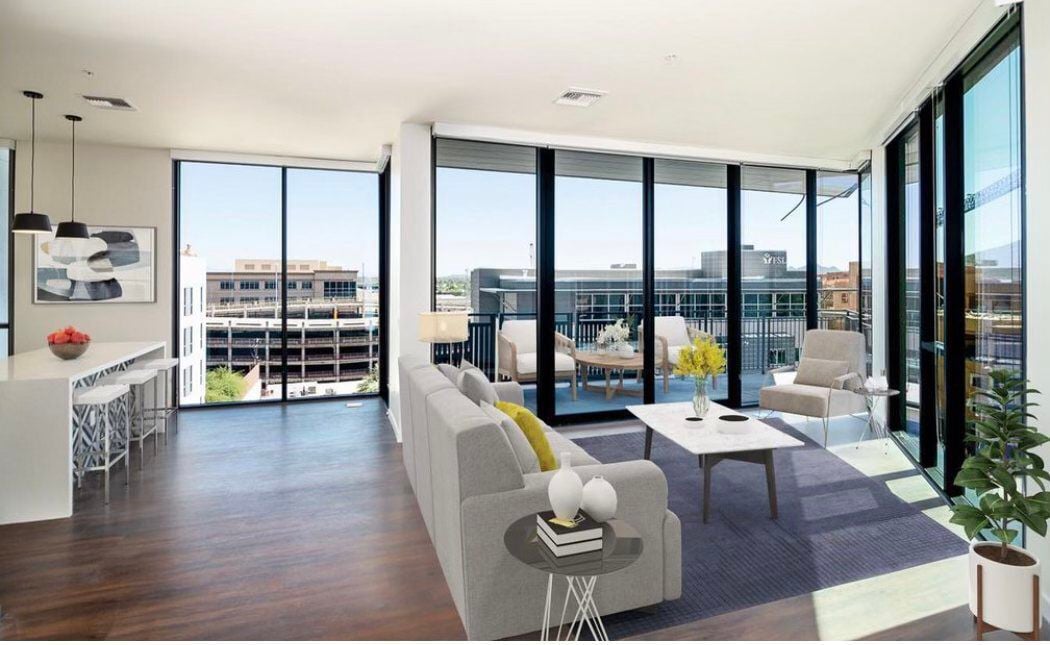 RendezVous Urban Flats has already leased more than 50 of its 100 units and interest has been high, says Roger Karber, the apartment complex’s project developer 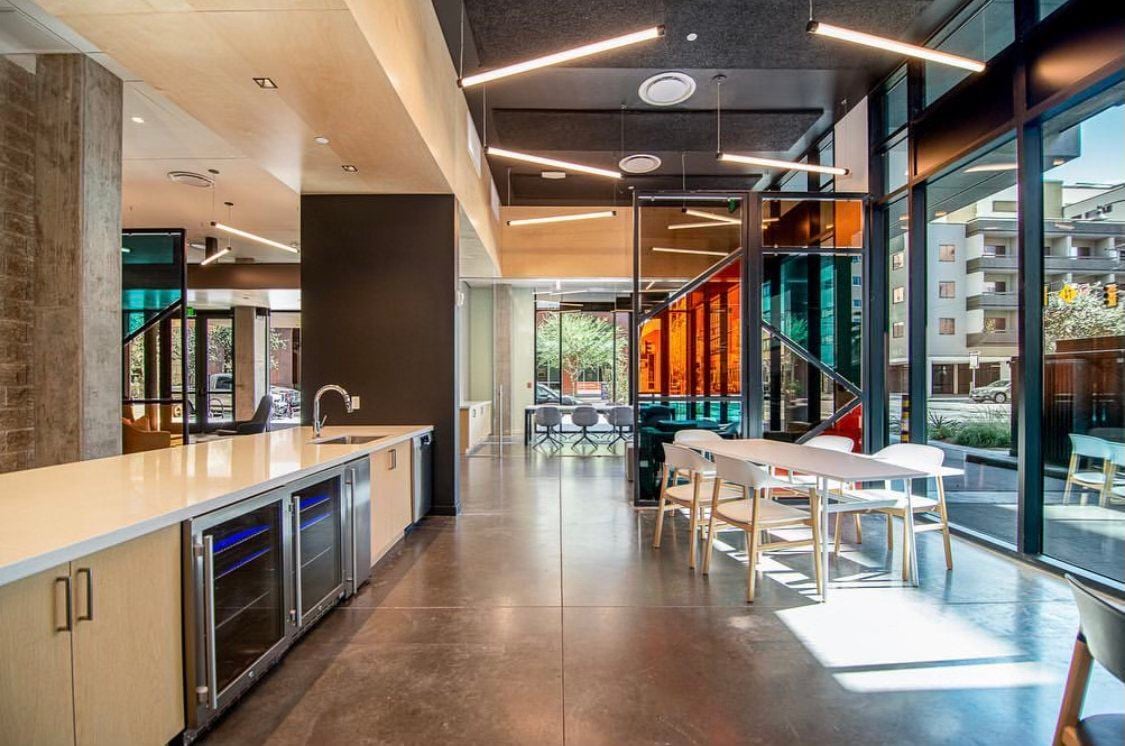 The RendezVous Urban Flats, at 20 S. Stone Ave., has already leased more than 50 of its 100 units and interest has been high, said Roger Karber, the project’s developer.

“The demand was there,” he said. “Although they are some of the highest rental rates in the state — certainly the highest in Tucson — we’ve been leasing about one unit per day.”

That success caught the attention of Salt Lake City developers who plan to convert a downtown student housing complex to traditional apartments with a similar price point in mind.

Cruachan Capital says it wants to convert the 196-unit Cadence, 350 E. Congress St., into 256 luxury apartments with ground-floor retail and a rooftop bar or restaurant.

As more students choose to live in the new towers right on campus, outlying student housing complexes have been seeing higher vacancy rates, Evan Hyde, a project manager for Cruachan, told members of the Rio Nuevo board.

“Student housing in downtown Tucson isn’t thriving as it was when it first went in,” he said.

Hyde said they plan to cut some of the large, four- and five-bedroom units that rented per bedroom, and turn them into traditional apartments. The company will invest at least $15 million in the conversion, Hyde said.